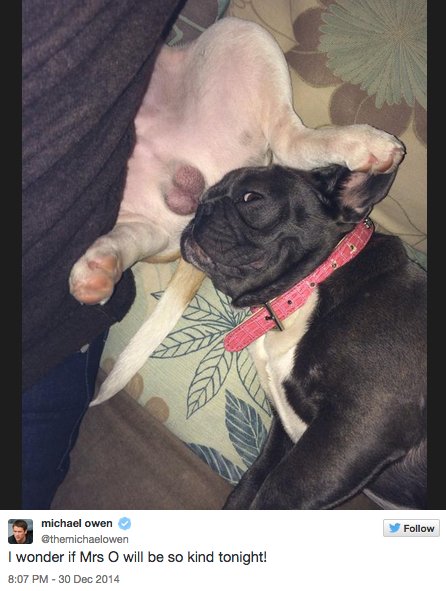 Former Liverpool, Real Madrid, Newcastle, Manchester United and Stoke striker Michael Owen has a reputation for being a bit boring.

However, the tweet he posted on Tuesday night was far from boring. To be honest, it was rather weird!

Owen shared a picture of his dogs in a rather intimate position, accompanying the image with a joking comment about whether his wife would imitate the scenario with him.