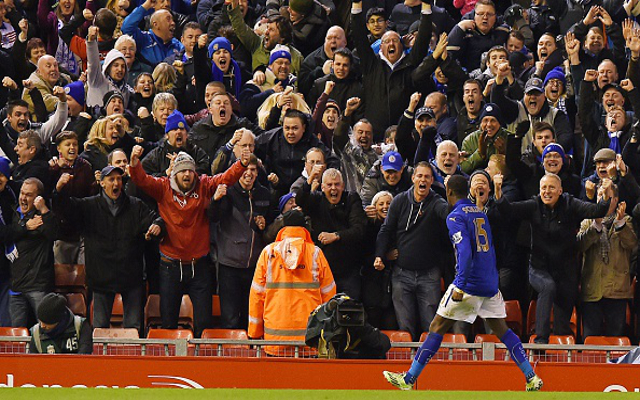 Honours even at Anfield as Nigel Pearson’s side secure valuable point.

Liverpool boss Brendan Rodgers was hoping to secure a third straight win but had to settle for a point after an excellent Leicester City comeback at Anfield.

Steven Gerrard netted a penalty after 17 minutes when the referee, incorrectly, believed Wes Morgan had handled in the box.

The Liverpool captain bagged another spot-kick following Danny Simpson’s hand-ball and the game seemed to be done and dusted.

Then on 58 minutes David Nugent superbly volleyed Leicester City back into the game.

Then a minute later Jeffrey Schlupp leveled for the Foxes.