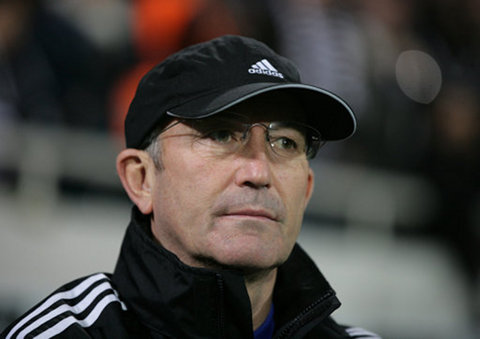 Pulis joins West Brom on a two and a half year deal following the sacking of Alan Irvine earlier this week.

“Every successful club is built on unity and that is what I shall strive to help bring to Albion,” Pulis told the club’s official website.

“We need everyone together from top to bottom – the supporters, all the staff, the players, everyone who has an interest in the club’s welfare. With that, we can go forward together and hopefully take this club up the Premier League.”

Pulis is the reigning Premier League Manager of the Year following after he orchestrated an incredible turnaround at Crystal Palace who were languishing near the relegation zone when he was appointed mid season and ended up finishing the season just one place shy of the top half.

The Welsh coach has a record of never being relegated in 22 years of management and the Baggies will hope the 56 year old can turn around their current league position.

The appointment comes too late for Pulis to take charge of West Brom’s New Year’s Day clash with West Ham but he will be watching from the stands.