Former Arsenal man puts his foot in it yet again.

In a post on Instagram that has since been deleted the Ghanaian mocked Gerrard’s inability to win the Premier League title during his 16 years at Liverpool.

Frimpong, who is known more for his big mouth than any actual footballing skill, posted a split image of Gerrard and much maligned Manchester United midfielder Anderson side by side.

The Manchester United man with his four Premier League winners medals on show whilst Gerrard has a crudely pasted dog tags around his neck which say: “Finished above Man United 2014”. 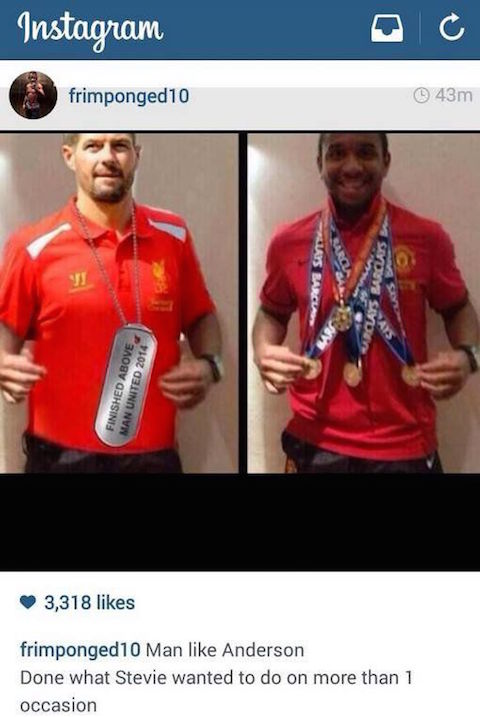 Frimpong now plies his trade at Russian side FC Ufa, after being released by Barnsley just four months after being sold to them by Arsenal.

Perhaps someone should make an image of Frimpong celebrating the fact he actually managed to play in one Premier League standard game during his career because that is a quite unbelievable achievement.