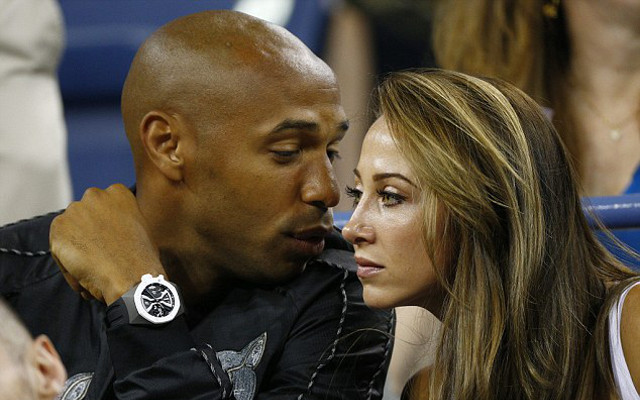 Henry saw in 2015 with ex Gunners Robert Pires and Nicolas Anelka, as well as Eric Abidal, with whom he played alongside at Barcelona.

Wives Jessica Pires, Hayet Abidal and Barbara Anelka added some glamour to the occasion, as did Henry’s girlfriend Andrea Rajacic.