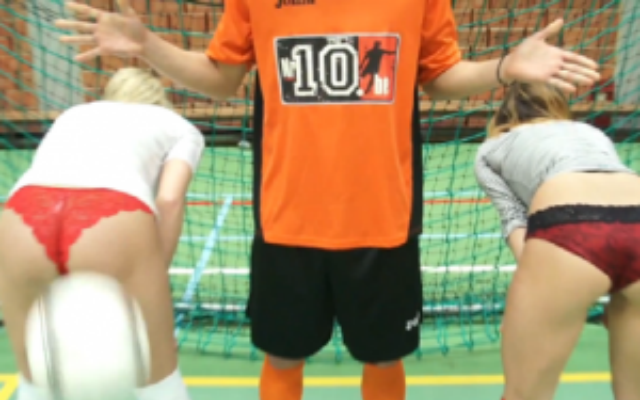 Futsal side take some potshots at scantily clad models.

The Belgians sure do take their futsal seriously, especially as they are willing to bruise the butt cheeks of some exceptionally beautiful ladies just to advertise it.

READ MORE:
Chelsea Manager Jose Mouringo Could Face Ban After Outburst At Referee Following Tottenham Loss.
Chelsea Star Admits He Can See Himself Joining Another Premier League Side This Summer.
Chelsea Star Set To Retire At The End Of The Season.

Every year in the lowland country, a major futsal tournament takes place and awareness is raised for it by a sexy marketing campaign.

Last year a handful of footballers took turns whacking footballs at the butts of girls in panties and, deciding not to change anything if it’s not broken, the same idea has now been given a second whirl.

One player even joked that it gave him a great chance to get in some target practice.