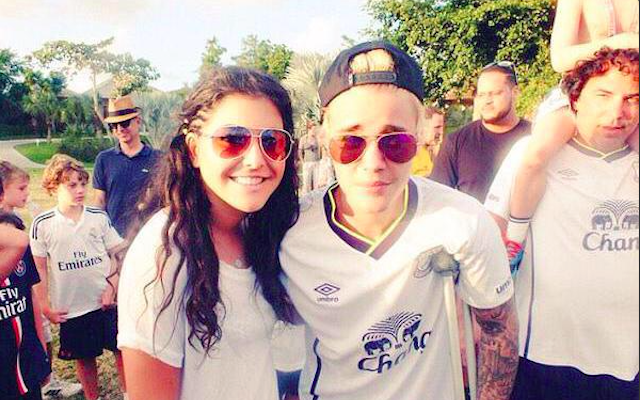 Surely the final straw for Martinez.

Liverpool fans have another stick to beat their Everton rivals with after Justin Bieber was pictured wearing a Toffees kit whilst participating in a football tournament.

After saying his side’s current form was simply not acceptable, Roberto Martinez will now have to deal with the shock blow that Bieber is an Evertonain. Surely a sacking offence in some people’s eyes.

The global superstar was pictured wearing the Merseyside club’s third strip when he played in the tournament on an island in Turks and Caicos on Friday. As the picture of Bieber in the Toffees strip quickly went viral on social media, Everton fans thankfully managed to see the funny side of Bieber supporting their team.

Despite being snapped in Everton’s famous blue strip, Bieber is hardly the most loyal of football fans being pictured in a number of different teams kits over the years including Barcelona and Chelsea’s.

Following Everton’s 2-0 defeat by Hull City, Martinez claimed his side needed “to get back our swagger” – did he mean by signing Bieber?