Chelsea manager Jose Mourinho, who recently complained that his side were being victimised by referees, breathed a huge sigh of relief earlier this week.

The Special One looked set to be without Gary Cahill for at least three games, after the defender was caught on camera kicking Harry Kane in the back and then standing on the Tottenham Hotspur star’s leg.

Cahill’s double assault was not punished by officials during Chelsea’s 5-3 defeat at White Hart Lane, but a retrospective FA suspension seemed inevitable.

However, the FA have decided not to take the incident any further, despite handing Swansea City’s Jonjo Shelvey a four-game ban for an elbow on Liverpool’s Emre Can in late December. 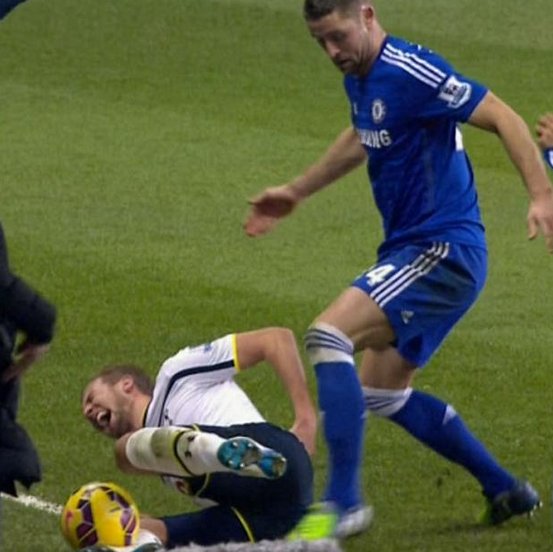