Alex Kiwomya and John Swift will be performing in League One.

Chelsea have allowed two of their brightest young prospects to depart for League One clubs on loan deals, report the Mail, as the Blues look to prepare two of their academy graduates for possible first team action at Stamford Bridge in the future with regular football in the rough and tumble of the English lower leagues.

With manager Jose Mourinho already having given midfielder Ruben Loftus-Cheek and striker Dominic Solanke some action in and around the first team squad this season, this duo will be hopeful of featuring if they can impress in the third tier: 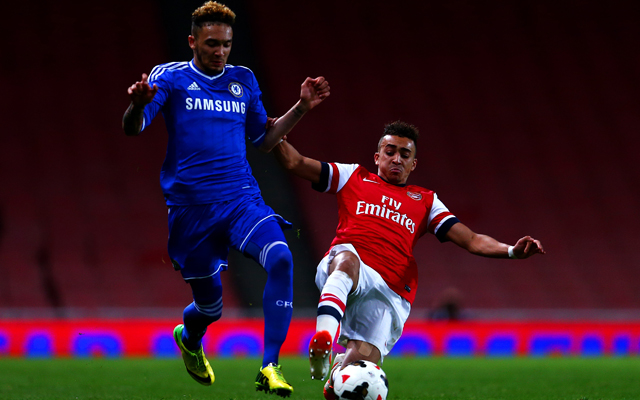 Teenage striker Alex Kiwomya is known for his blinding pace, an attribute that he will now have the opportunity to test League One defences with during a month on loan with Barnsley and Danny Wilson. The Tykes are currently stuck in mid-table in the third tier, but have already had success with one loanee this season in the shape of Manchester City striker Devante Cole, so will be hoping that the electrifying Kiwomya can also make a significant impact on their season.