Danielle Lloyd, who is married to Blackpool midfielder Jamie O’Hara, caused a storm on Instagram this morning.

The super slim British model uploaded the below photo of herself looking hot in lingerie.

It was not the photo that caused controversy – it was the comment she accompanied the post with.

The comment, which mentioned her ‘Christmas weight gain’, seemed to annoy her followers, who were quick to point out that she is a million miles from overweight. 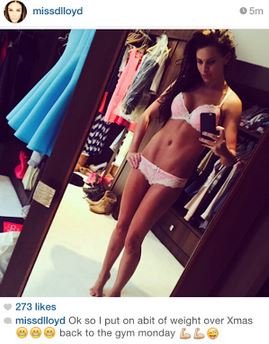 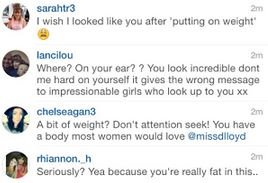