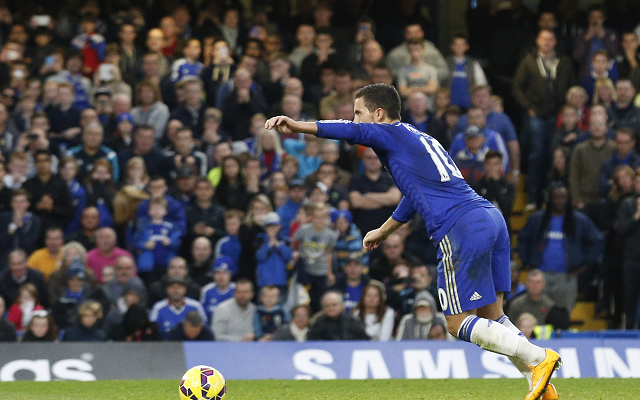 Jose Mourinho is fearful that Belgian star Eden Hazard could leave Chelsea due to the lack of protection he receives from officials according to the Daily Express.

The Stamford Bridge boss believes that the 23 year old Blues winger comes in for some rough treatment that may lead to the former Lille man considering a move away from the English top tier, stating;

“People [are] in love with football in this country; people must be in love with Eden Hazard,” Mourinho said.

“The way, match after match, he’s being punished by opponents and he’s not being protected by referees, maybe one day we won’t have Eden Hazard.

“It’s one, two, three, four, five, 10 aggressive fouls against him. They kick and kick and kick, and the kid resists.

“He’s a very honest guy in the way he plays, but that’s another problem.”

It’s worth noting that Mourinho made these statements following his side’s defeat to Tottenham and as such could be construed as Mourinho displaying a severe case of ‘sour grapes’ as in that particular encounter there wasn’t all that much to complain about on the ‘rough treatment’ front.