Liverpool boss Brendan Rodgers will be looking to improve his Anfield squad in January though the level of funding available will not be in the same league as the £110m he spent over the summer and as such the Northern Irishman has set his sights on two player’s who could be available ‘on the cheap’.

With an eye to fixing his leaky defence Rodgers will make an offer for West Ham centre-back Winston Reid with the 26 year old New Zealand international out of contract at the end of the current campaign.

Liverpool have struggled at the back and £20m signing Dejan Lovren has been out of sorts since moving to Merseyside whilst Mamadou Sakho has drifted in and out of Rodgers’ first team set-up.

Only three clean sheets in their last 16 fixtures in all competitions have severely hampered Liverpool’s progress after a poor start to the season.

Reid may be open to a high-profile move to Liverpool though other sides are sure to register offers for the Hammers star, who has been in excellent form over the past 18 months. 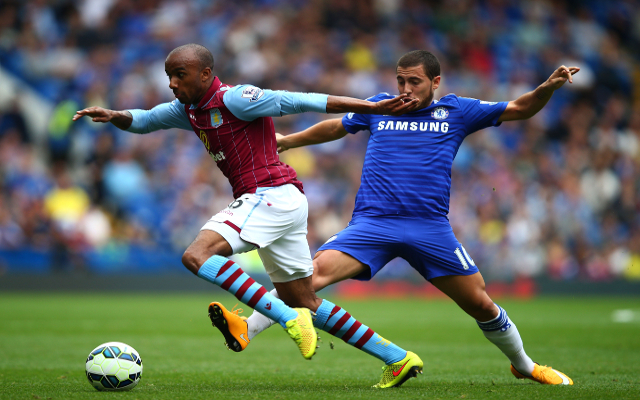 Rodgers will also make a move for Aston Villa midfielder Fabian Delph with the 25 year old looking increasingly likely to leave Villa Park with no new deal with his side being agreed.

Delph started the season superbly, his form leading to an England call-up, and is out of contract next summer and a decent offer for his services may be accepted by Aston Villa owner Randy Lerner in preference to seeing the player leave on a free transfer.

Rodgers has had a long standing interest in the former Leeds United man and the recent announcement of Steven Gerrard’s imminent exit will lead to the Liverpool boss stepping up his interest in the Aston Villa midfielder.

Such moves wouldn’t require Rodgers to sell any significant talents though it’s believed that both Lucas and Fabio Borini could be on their way out this month.