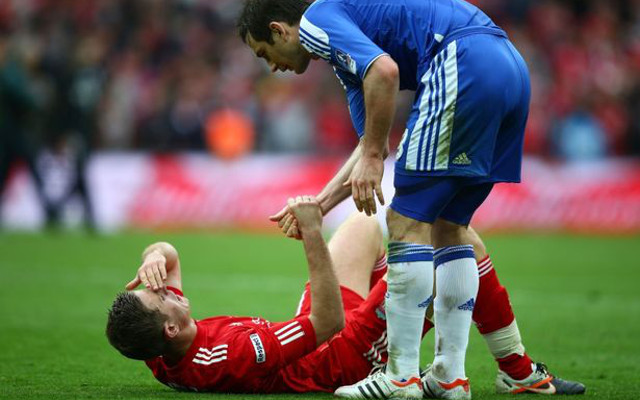 He’s not so perfect…

Liverpool captain Steven Gerrard has been headline news for the past couple of days, following the announcement that he is to leave Anfield this summer to embark on an American adventure.

Everybody is talking about Gerrard as if he has been the best player the Premier League has ever known, as if he is flawless.

Gerrard’s Liverpool career has been far from flawless, though.

7. Crucial own goal in cup final

Liverpool would have won the 2005 League Cup had it not been for Gerrard’s headed own goal, which drew Chelsea level with 11 minutes of normal time left to play. The Blues went on to win 4-2 in extra time.