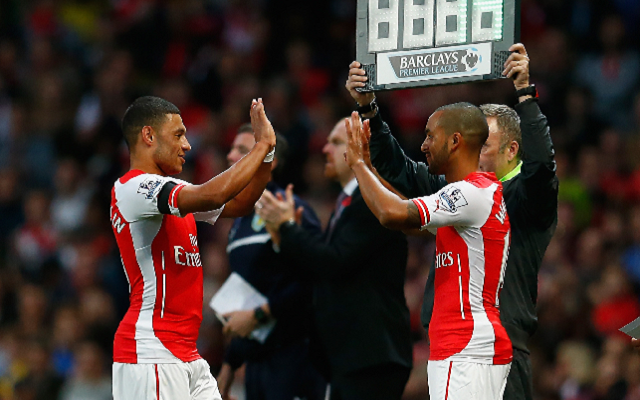 Arsenal’s pacey forward Theo Walcott has missed close to a year of football with injury, but it wasn’t all bad, according to Goal.

After damaging ligaments in his knee during a win over North London rivals Tottenham, Walcott was sidelined for ten months. He has made just two substitute appearances so far this season, but is hoping to regain full fitness soon.

Despite such a lengthy lay off however, the England international has remained positive. Having risen to prominence at such a young age, the 25-year-old may have missed out on a few things. He believes that the time spent on the doctor’s table has allowed him to work on different parts of his game that he may have struggled with before.

“It’s a year since [the injury] and it’s gone very quickly,”

“I’ve had loads of things in my life that have changed completely. That side of it was a good thing.

“Things happen for a reason and it’s given me the opportunity to work on different parts of my game that I missed out on when I was younger – the actual development stage of it.”

Walcott’s physical attributes and athletic ability are rarely brought into question, but he has often been criticised for lacking a footballing brain. Spending such a long time out has seemingly given him time to work on the mental side of his game, which can only help him improve going forward.