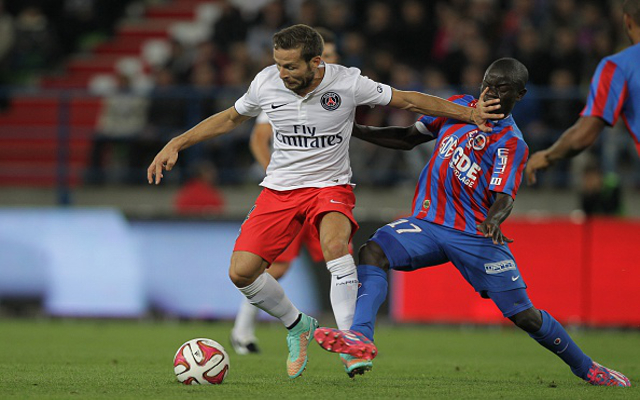 Arsenal could be dealt a double blow to their transfer plans this January with the news that Newcastle United could re-sign Yohan Cabaye in a swap deal with Paris Saint-Germain.

According to the Daily Mirror, the French giants are ready to offload Cabaye just a year after signing him from the Magpies as they target a move for another big name at St James’ Park.

PSG now want to sign in-form Newcastle midfielder Moussa Sissoko, who has been recently linked with a move to Arsenal, while Cabaye himself has also been a target for the Gunners in the recent past.

Arsenal are in need of new additions in midfield this winter and either one of these players would have fit the bill for Arsene Wenger’s injury-hit squad, which has no gurantees of a fourth-place finish at the moment.

Still, PSG and Newcastle could be ready to do business, with the Magpies receiving a major boost if they bring back one of their former heroes.