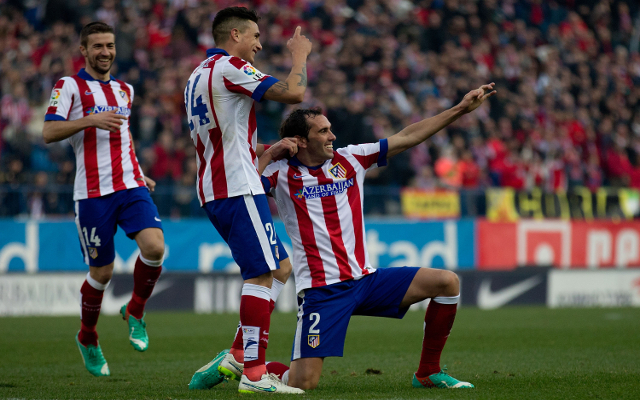 The Uruguayan played a key role in Diego Simeone’s surprise La Liga title triumph last season, as well as the Vicente Calderon side’s run to the Champions League final, and is said to be available for a fee of around £28.5m.

Van Gaal has had issues with his central defensive options this term with the likes of Jonny Evans, Chris Smalling and Phil Jones all struggling with form and fitness and new signing Marcos Rojo hasn’t yet adapted to life in the Premier League

This has led to a shaky defence and at times given van Gaal no choice other than to blood youngsters Tyler Blackett and Paddy McNair.

Godin is an accomplished campaigner, a strong commanding leader, but would the South American be keen on leaving an Atletico Madrid side who are still very much challenging for major titles both domestic and European?

The 28 year old made 51 appearances in all competitions last term and hasn’t missed a La Liga or Champions League tie in the current campaign. In short, not a player Simeone would consider selling.