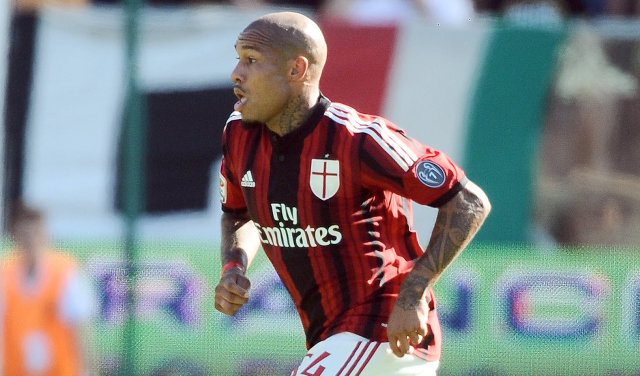 The Red Devils’ midfield has come under scrutiny for its lack of defensive power, and de Jong could be a welcome addition to the squad as a player with Premier League experience and with the combative and leadership qualities lacking from the United side.

Van Gaal knows de Jong, 30, from his time as manager of the Dutch national team, and is said to be following the AC Milan enforcer’s current situation with great interest.

De Jong was heavily linked with Manchester United during the summer, but in September expressed his desire to end his career at the San Siro.

However with the Italian side needing to sell players before they can buy in the window, de Jong has been selected as a player they are willing to listen to offers for.

The Dutch international’s future with the Rossoneri appears uncertain, and Van Gaal is looking to swoop in at a bargain price – despite being a fan favourite amongst the Milan support after an impressive 2013/14 season.