One lucky Hearts fan had a double spell of luck during this weekend’s Edinburgh derby, though it could have ended so differently.

Trailing 1-0 to arch-rivals Hibs, one fan got more excited than most upon Jamie Walker’s first half equaliser – so much so that he lost his pie!

Baffled as to where it had gone after seating high and low to find it, he accepted that it had simply disappeared until…

He found it in the hood of the woman sitting in front of him. 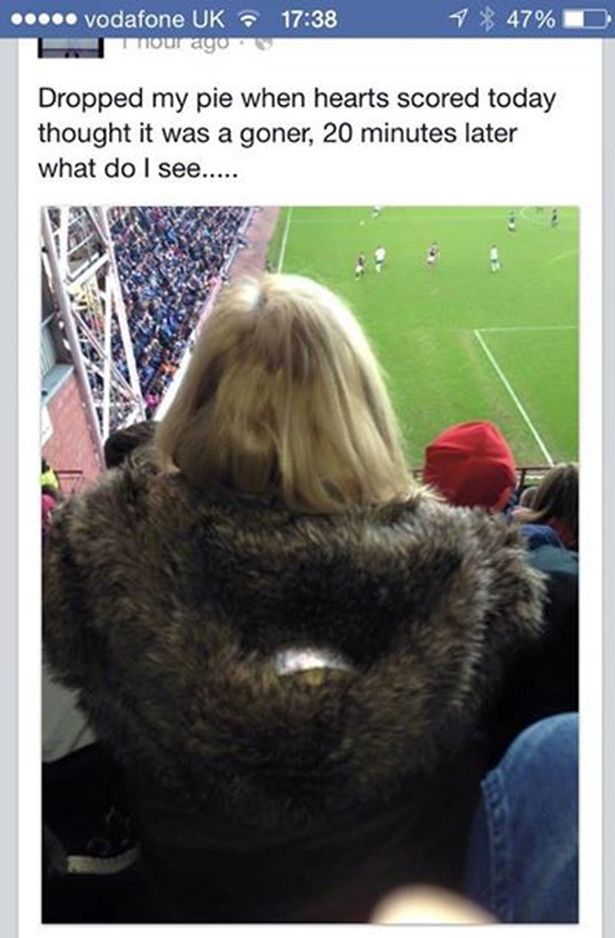