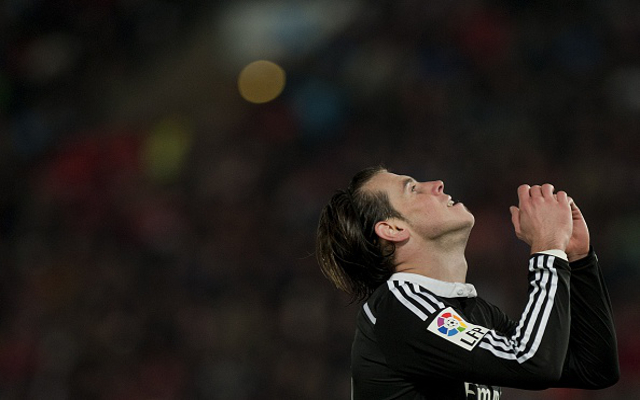 Old Trafford side look to re-ignite push for Bernabeu star.

Man United are ready to step-up their push to sign Real Madrid winger Gareth Bale amid speculation that he has fallen out with a number of his Bernabeu team-mates according to the Daily Star.

Though the 25 year old has proven a massive hit since moving to the Spanish capital it appears that he isn’t getting on so well with some of his high-profile team-mates.

The latest evidence of this came during Real Madrid’s defeat at Valencia over the weekend when a moment of selfishness left Karim Benzema and Cristiano Ronaldo visibly angry with the former Tottenham man.

Man United are looking to sign a ‘Galatico’ every year as they seek to return to the heights they reached under Sir Alex Ferguson and having broken the British transfer record to land Angel Di Maria last summer it appears the Old Trafford side see Bale as their next ‘project’.

Bale netted 22 goals in his opening season at Real Madrid, helping Carlo Ancelotti’s side to Copa del Rey and Champions League triumphs, and has continued to impress during the club’s superb 22 match winning streak and despite reports of any potential bust-ups with team-mates it’s unlikely president Florentino Perez would be considering offers for the player any time soon.