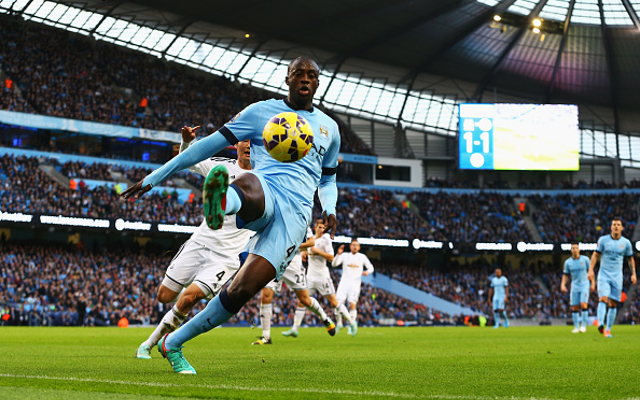 Ivorian is a tentative Bernabeu target.

Real Madrid boss Carlo Ancelotti is reportedly eyeing up a move for Man City powerhouse Yaya Toure according to CalcioMercato.

The 31 year old is apparently unsettled at the Etihad Stadium and is considering his option though a move to the Bernabeu would be a shocking one to say the least.

Ancelotti has a raft of central midfield options though Toure would offer Real Madrid the benefit of some added steel whilst also providing a real threat in the final third.

The likes of Luka Modric, Illara and Toni Kroos do not offer a great deal in terms of a goal-threat and are not known for their crunching tackles.

Though clearly in the latter stages of his glittering career Yaya Toure has perhaps shown the best form of his career over the past 18 months and could be open to another big move and there are constant rumblings of his discontent though these haven’t affected his game.