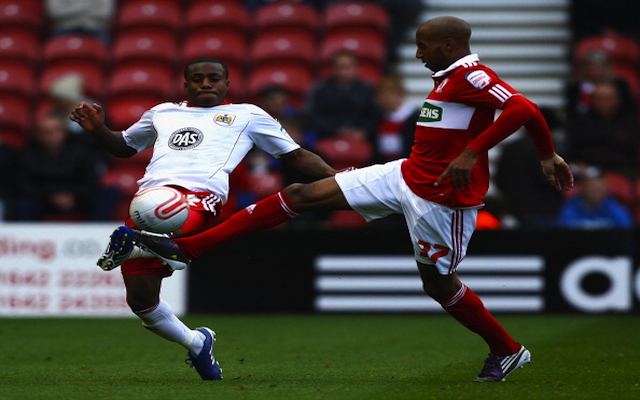 The Sky Blues have announced the signing of Senegalese international Mickael Tavares.

Sydney FC have announced the signing of Senegalese international Mickael Tavares, who is set to join the club until the end of the season.

The former Hamburg SV and Fulham defensive midfielder joins the Sky Blues as an injury replacement for Ali Abbas and says he is delighted to join the Sky Blues.

“I have heard a lot about Sydney FC and think it is a massive club and I’m really happy to be coming,” he said.

“I like the ambition of the club and the Head Coach Graham Arnold who I have spoken to.

“I know he likes to play football with the ball on the floor, short, sharp and attacking football and that is my sort of game which is ideal.

“I am the type of player who likes to control the game in midfield and build from the defence to the attack.

“I hope I’m going to be able to help the team win the Championship this season.”

“Mickael is a player of great experience and is a specialist number 6 which will be invaluable to us,” Arnold said.

“He has played international football on numerous occasions and is definitely a signing to strengthen our team.”

Tavares will be available for Sydney FC’s next game against the Central Coast Mariners on January 24.