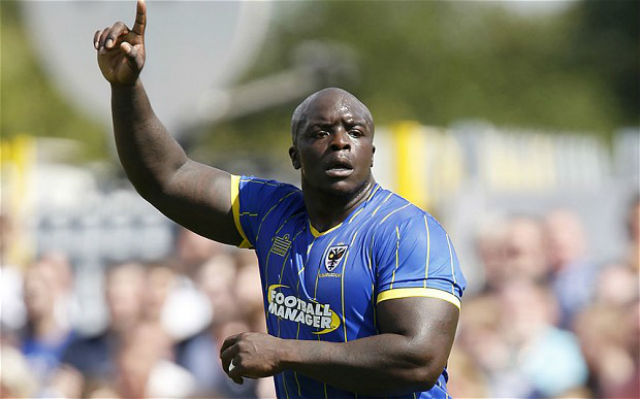 AFC Wimbledon striker Adebayo Akinfenwa has admitted that he begged Steven Gerrard to stay at Liverpool when the two sides met in the FA Cup on Monday night, the Daily Star reports.

The Dons’ goalscoring hero pleaded with his idol to stay at the club rather than join MLS side LA Galaxy at the end of the season.

The Liverpool fan – known as ‘The Beast’ – was left in awe of the former England skipper who scored twice to sink the League Two side.

“Two moments of magic from him, which is all I can really remember, won them the game,” said Akinfenwa.

“He was the difference. He was miles better than anybody on the pitch.

“Sometimes when you play against people you can just use the word class and it was the case with him.

“I was speaking not just as a Liverpool supporter, but a lover of football.

“Nobody can begrudge Steven Gerrard doing what he wants to do. He’s been a legend.

“All you can do is wish him on his merry way and hope he comes back as manager one day.”