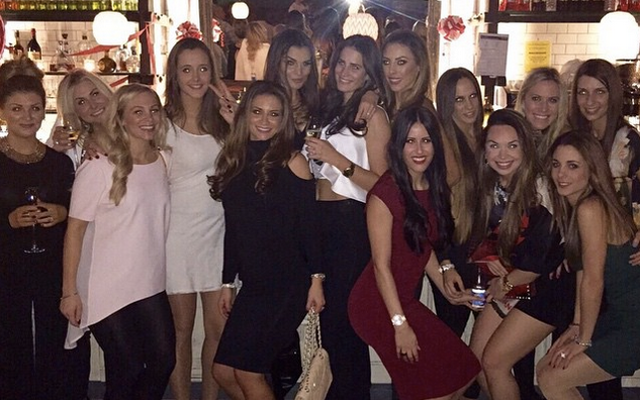 Vodka on the menu at Liverpool star’s party.

Liverpool defender Martin Skrtel celebrated his 30th birthday with a group of his teammates and their hot WAGs on Tuesday night.

It was a rather boozy night, at least it was for Dani Lawrence, Erin O’Neill and Barbora Skrtel, who were all over the vodka shots.

Dani is engaged to goalkeeper Brad Jones, Erin is the future wife of striker Fabio Borini and – you guessed it – Barbora is already married to the birthday boy.