Harry Kane started 2015 with a bang! The Tottenham Hotspur striker scored two goals and assisted another couple as his team thrashed Chelsea 5-3 on New Year’s Day.

That result was obviously great news for Spurs, but it was a mixed bag for Kane in terms of his fantasy football team.

Kane had picked himself in his dream XI – good start, but he also had three Chelsea players, including John Terry, who got minus points on account of the Blues conceding a flood of goals.

Check out Kane’s team below and then scroll down to see how he is faring against his teammates in Tottenham’s private league. 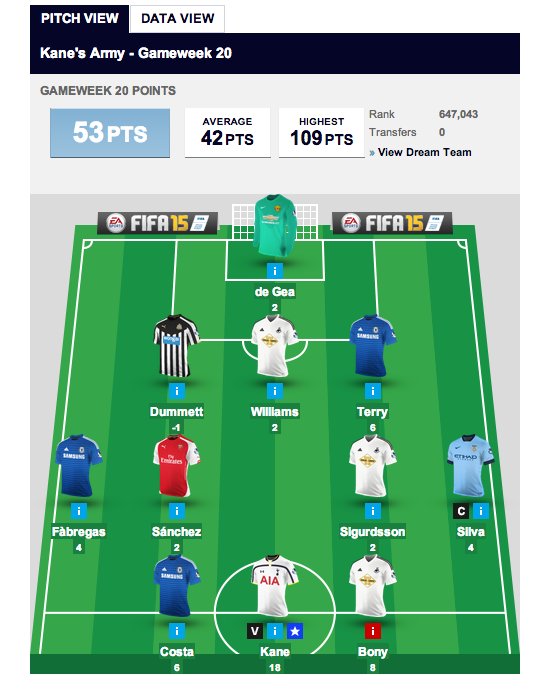 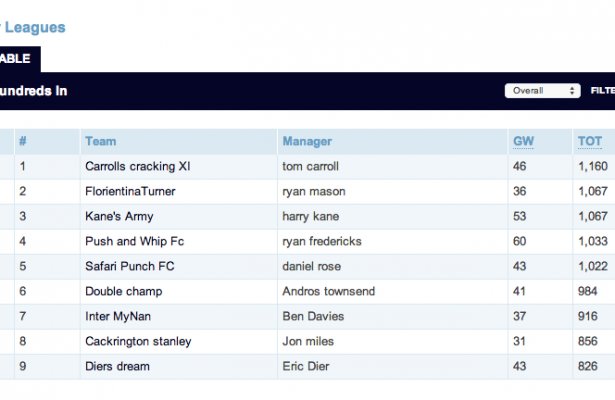