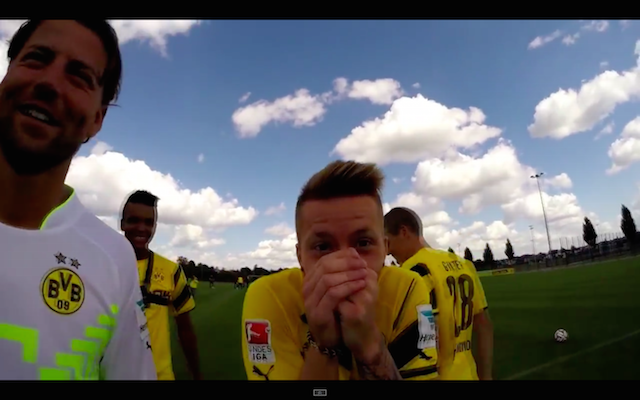 Reus imitated perfectly the Portuguese star’s famous split stance before hitting the cross bar and netting the ball on his first attempt.

Good effort! Maybe this shows why it’s Reus and not Schweinsteiger that Arsene Wenger and Jose Mourinho are so keen on snapping up in the summer.