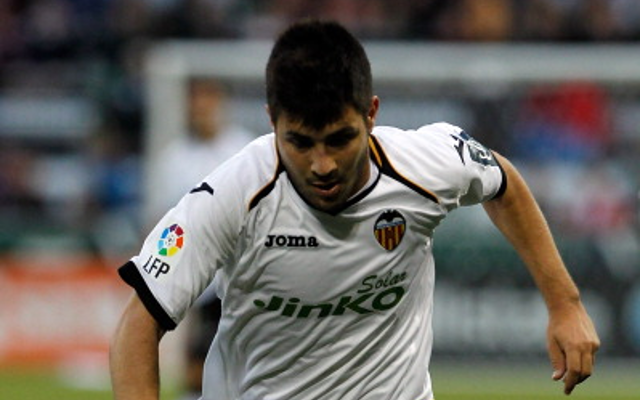 Spanish starlet wanted in the Midlands.

Aston Villa are reportedly interested in signing young Valencia forward Carles Gil and will look to tempt the La Liga giants with a £5m offer, according to Spanish news outlet Plaza Deportiva.

Villa are looking to bolster their attacking option as they head into the second half of the season having scored just 11 goals in the league so far.

However, Gil, who has yet to properly establish himself with Los Che, is said to be waiting to see if his current side can make him more concrete promises of regular first team football before deciding where his future lies.

Having spent the last two seasons on loan at Elche, whom he helped elevate to La Liga, the 22-year-old has made limited impact at the Mestalla, as he currently sits behind the likes of Pablo Piatti and Sofiane Feghouli in the pecking order.

Valencia had been hoping to keep the player tied to them, but with his lack of playing time he is thought to be weighing up his options as the January window ticks by.

Villa aren’t the only interested party, though, as fellow La Liga sides Cordoba and Espanyol have also expressed an interest in snapping him up.