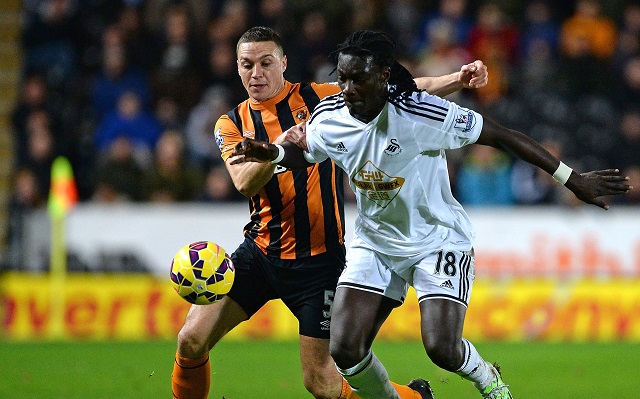 Crystal Palace manager Alan Pardew could make an exciting first signing for his new club as he eyes Swansea City hit-man Bafetimbi Gomis in a club-record £9.25m deal, according to the Sun.

The French international only joined the Welsh club from Lyon this summer, but has not managed to establish himself as a regular in Garry Monk’s first-team plans.

Palace are in the relegation zone at the moment and need improvements to their squad this season if they are to maintain their Premier League status, with Gomis seemingly one of their top targets this winter.

Club chairman Steve Parish was in attendance as Gomis netted twice for Swansea against Tranmere in the FA Cup this weekend, and a move for the prolific forward to join the Eagles could cost a fee of £9.25m plus wages of £75,000 per week – more than he is currently earning at the Liberty Stadium.