Liverpool striker Mario Balotelli has had a tough time of it of late. He’s failing to score, has critics on his back, and faces an uncertain future. However, one thing that is now certain is his love of the Spice Girls.

His recent dropping to the bench has seen him with plenty of time on his hands, and he is apparently spending that by messaging lyrics from the girl group with another Instagram user.

Liverpool fans are probably wishing he spent as much time working on improving as he does on social media. 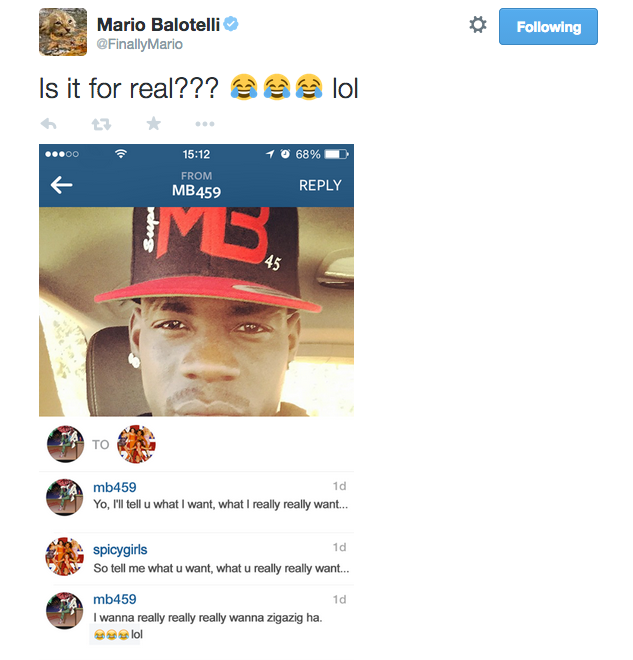