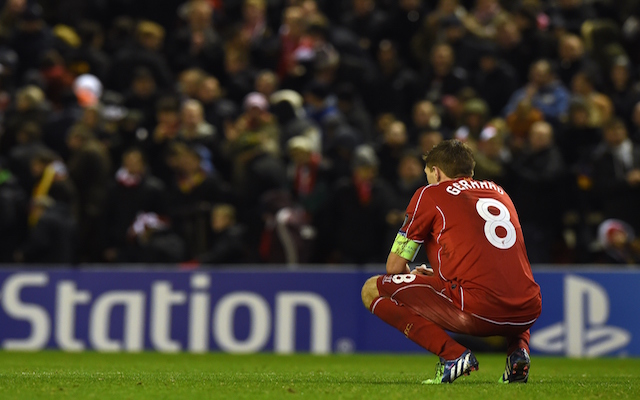 Andy Gray says Gerrard has been forced out of Anfield due to ‘big personality’.

Gerrard will leave Anfield at the end of the season after 17 years with the Merseyside club after he chose to sign for LA Galaxy in the MLS.

The Reds skippers revealed that he would have signed a new contract with the club had it been offered sooner and Gray believes that and Gerrard’s omission from the starting line-up against Real Madrid was a ploy by Brendan Rodgers to force the captain out.

“I think he quite likes controlling young players, working with younger players, making them better. I’m not too sure he likes the big personalities around him.

“I really feel that Brendan is one of these coaches where big players intimidate him a little bit. Steven certainly does, and I think Brendan would rather work with younger players.”

Gray went on to eulogise Gerrard’s immense importance to Liverpool over the years and his contribution to his side’s success over the years.

“When people say he is just another player, he is not – he is Steven Gerrard. What he has done for that club is incredible.

“This isn’t just an ordinary player, this is the Liverpool captain and icon, a legend who almost singled handedly won them the Champions League in Istanbul. He rescued them in an FA Cup final in Cardiff when they looked like they were getting beat by West Ham. He drove them forward and won many games for them,” added Gray.

“This is more than just a Liverpool player, and they were totally wrong in the way they went about it.”