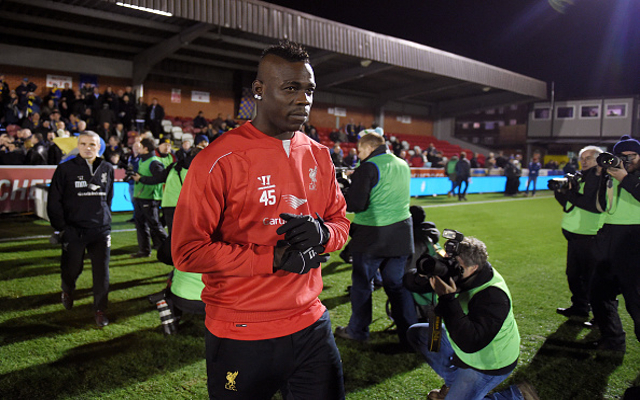 Balotelli is being chased by the Italian authorities.

Liverpool striker Mario Balotelli is being chased by the Italian authorities over unpaid speeding fines totalling around £8,000, report the Mirror, although the Anfield star’s legal team do not believe that he is obliged to pay the fees due to not having been notified whilst a resident overseas.

The fines relate back to 2012 and 2013, when Balotelli was playing for Manchester City, and the Italian international’s lawyers have indicated that not enough efforts was made by the Italian authorities to notify their client of the violations whilst he was a resident in England:

“Mario was a resident in England and the Italian police forces, in our view, had failed to notify the minutes of the violations, because he was living abroad.”

Balotelli has been a colourful character throughout his career in football and was previously in the news when he crashed his £140,000 Bentley, escaping unscathed, whilst he is known to own an array of top of the range sports cars.

Whilst off-the-field controversy has courted Balotelli throughout his career, Liverpool fans are likely to be more concerned with his inability to find the back of the net on the pitch, with the former AC Milan star only having netted one goal for his club so far this season – in a Champions League game against Bulgarian minnows Ludogorets Razgrad.