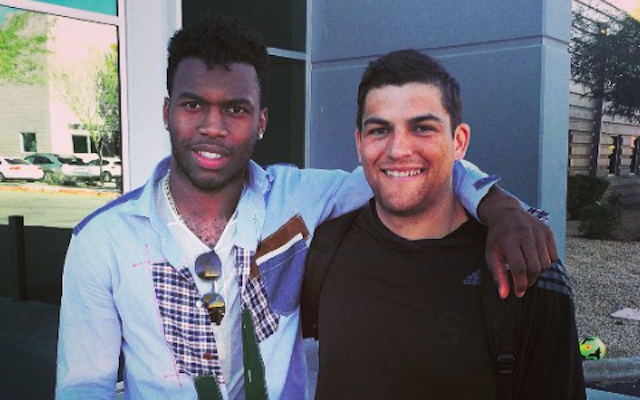 Anfield striker could be back before the end of the month.

Sturridge has not featured for the Reds since the end of August after suffering a thigh injury on England international duty and has since had to contend with a number of relapses and a calf problem which have massively restricted game time and impacted on the success of Liverpool’s season.

The £12 million striker has since been working on rebuilding his fitness in America with the team who masterminded Germany’s World Cup success and Scott Schrimscher, a fitness specialist for the recovery group EXOS, has praised Sturridge’s determination to reach peak fitness.

“Daniel has an incredible work ethic and is wonderful to work with. He is a class act and has a bright future ahead,” said Schrimscher to the Liverpool Echo.

“The methodology we utilized with Daniel is supported by four main pillars: mindset, movement, nutrition, and recovery and it is that holistic and seamlessly integrated system that helps players of all levels improve their performance on the pitch.”

EXOS recently celebrated it’s 15th anniversary and claim to approach the issue of sport and physical fitness differently to other organisations.

“We move you to new places. We are pioneering human performance,” they proudly claim.

Sturridge meanwhile looks set to return to action against Chelsea in the Capital One Cup toward the end of the month and recently gave an update to fans on his situation through Instagram.

Posing in a photo with Scott Schrimscher, the Reds striker says: “Tired eyes as usual with my bro [Scott]. Thanks for everything. Another hard days training. This guy is A1 at his job”