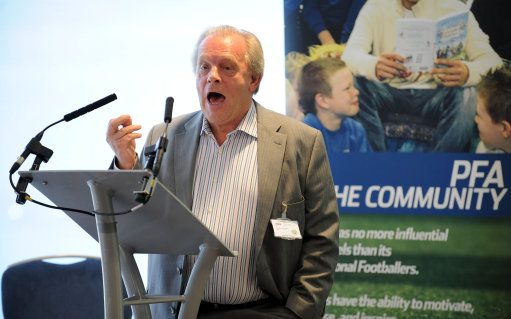 Taylor made the controversial comments during a radio interview.

Gordon Taylor, the chief executive of the Professional Footballers’ Association, has come under fire tonight after comparing the ‘plight’ of convicted rapist Ched Evans to that of the families of the 96 Liverpool fans who were killed at the Hillsborough disaster in Sheffield more than two decades ago, report the Mirror.

SEE MORE:
Oldham statement on Ched Evans confirms they will not be signing convicted rapist
Harry Redknapp says Ched Evans should be able to play again

Taylor made the crass remarks during a radio interview, in which he was talking about Evans’ decision to maintain his innocence after being convicted of raping a 19 year-old girl in Rhyl, comparing the former Welsh international’s situation to the families’ long fight for justice:

“He wouldn’t be the first person or persons to be found guilty and maintain their innocence and then been proven right.”

“If we’re talking about things in football we know what happened, what was alleged to have happened at Hillsborough and it’s now unravelling and we’re finding it was very different to how it was portrayed at the time, indeed by the police at the time.”

Former Manchester City and Sheffield United striker Evans, who was released from prison after serving around half of his sentence recently, saw a potential move to League One outfit Oldham Athletic collapse today due to increasing pressure from sponsors and supporters over the controversial decision to move for a player who has divided opinion in the game since he began his attempts to return to football.

Evans also saw an offer to train with former club Sheffield United withdrawn last year after pressure from club sponsors and ambassadors led to the Blades changing their position, and it is looking increasingly unlikely that he will be able to return to professional football.