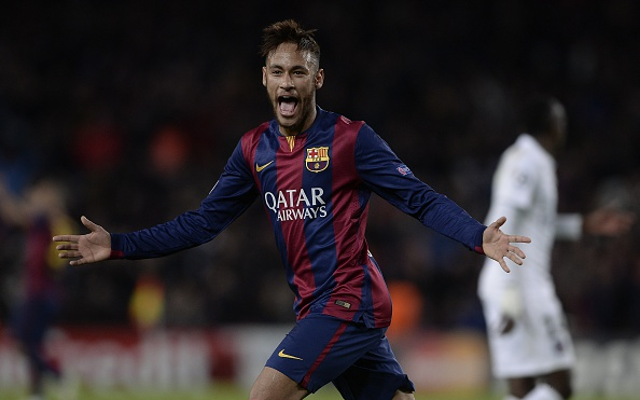 Brazilian forward Neymar was not happy with Luis Enrique’s decision to substitute him in the Copa del Rey.

The crisis at La Liga giants Barcelona shows few signs of abating, with Spanish publication AS reporting that in form forward Neymar was not happy with Luis Enrique’s decision to substitute him during last night’s 5-0 Copa del Rey thrashing of Elche at the Nou Camp, news that follows on from days of reports suggesting that Lionel Messi is unsettled at the club.

Neymar was substituted whilst on a hat-trick in the game against La Liga basement club Elche and, despite the fact that his side were leading 5-0 and already look to be through to the next round of the competition, the former Santos star looked furious as he trudged off the pitch and past his manager.

He has now confirmed that demeanor with comments following the match, that indicate he was not happy to be given the hook by Enrique, words that are unlikely to help ease the pressure on his embattled manager, who seems to be becoming embroiled in a Nou Camp power struggle with his star players:

Neymar is enjoying his most productive season in club football for Barcelona this season, having bagged 17 goals for the Catalan side already, but it would appear that he is one of a number of players who are not entirely content under the management of former Celta Vigo chief Enrique.