But pacey winger will be in contention for trip to Sunderland.

Liverpool star Raheem Sterling has shared some holiday snaps from his winter break holiday in Jamaica.

The 20 year old winger flew out to the Caribbean island after his side’s 2-2 draw on New Year’s Day with Leicester City. 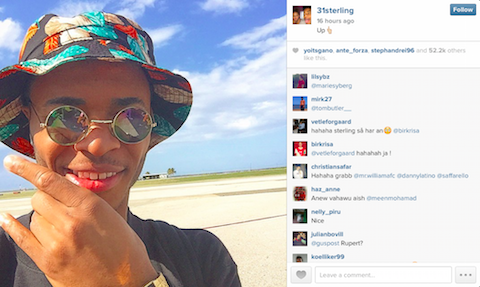 Brendan Rodgers has allowed the youngster a short winter break to recharge his batteries after a difficult first half of the season.

Sterling missed the Reds’ 2-1 win over AFC Wimbledon in the FA Cup third round, but will return for their trip to the Stadium of Light to face Sunderland at the weekend. 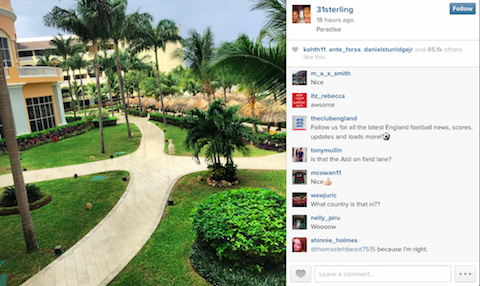 The Daily Mail says that Rodgers had promised Sterling an extended break over the Christmas fixture list.

The youngster courted controversy at the beginning of the season when he was rested for an England international match for being too tired.

However, Rodgers has insisted a player of his age that has yet to fully develop needs extended recovery time.

Whether his personal winter break has been to Sterling’s benefit will be revealed at the weekend.