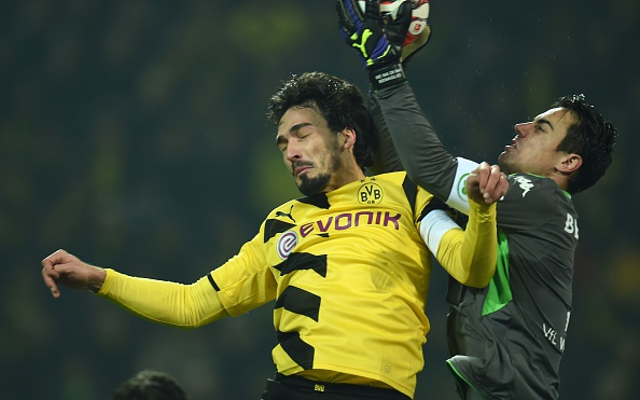 Manchester United are ready to test the resolve of Borussia Dortmund when it comes to keeping world class central defender Mats Hummels at Signal Iduna Park, report the Mirror, with the Red Devils ready to make an offer of £35 million for German World Cup winning stalwart Mats Hummels during the course of the January transfer window.

The likelihood of Hummels leaving the Bundesliga club has increased significantly during the course of the season as Jurgen Klopp’s side have floundered at the foot of the German top flight table – having won just four games out of 17 during the first half of the season, which is currently on its winter sabbatical.

With Klopp’s players likely to be unsettled by the club’s dreadful form, United may feel that an offer for Hummels may well encourage the player to get itchy feet in the Bundesliga, with Louis van Gaal targeting Hummels as his main target to fill the hole that currently sits at the heart of the United defence.

Despite sitting third in the Premier League this season, there have been suggestions that United are still lacking a top class defensive leader, a situation that has been exacerbated by a succession of injuries to the likes of Marcos Rojo, Jonny Evans and Chris Smalling.