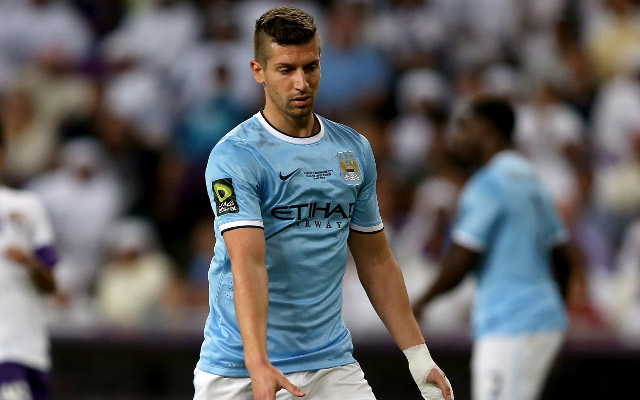 Roberto di Matteo set to take centre back Matija Nastasic to the Bundesliga.

Nastasic has generally impressed at City since joining the club from Serie A outfit Fiorentina in 2012, but he has fallen completely out of favour under current Etihad Stadium manager Manuel Pellegrini and hasn’t been seen near the City first team this season, even during periods in which City have had injury crises at the back.

Schalke have been heavily linked with a move for Nastasic in recent weeks as di Matteo looks to strengthen the club’s defence in a bid to ensure Champions League qualification for next season – and Heldt has confirmed that negotiations between the two clubs are continuing and that he is confident of thrashing out a deal:

“We are negotiating back and forth, that’s how it goes. You get closer and closer and in this case we are no longer far apart from each other. I am optimistic that we will get this done in the coming days.”

City may also be keen to get Nastasic off the books as it will free up funds to conclude a deal to sign Swansea City striker Wilfried Bony, although Schalke are thought to be pushing for a deal that allows them to sign Nastasic on loan with a view to a permanent transfer.