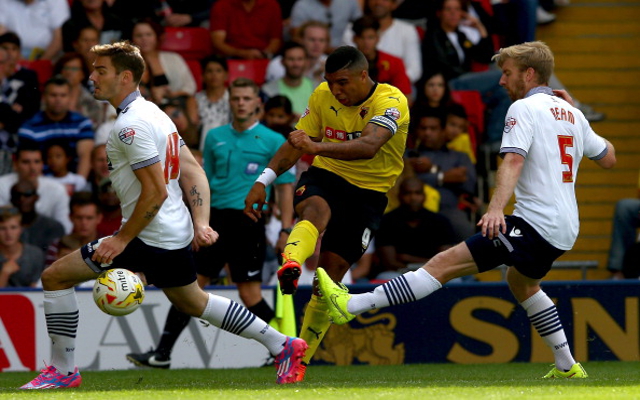 New West Bromwich Albion head coach Tony Pulis is looking to make prolific Watford striker Troy Deeney his first signing since taking over at The Hawthorns, report the Mail, but the Baggies are set to face stiff competition from Swansea City for the signing of one of the second tier’s most impressive performers.

Deeney has scored 69 goals in four and a half years at the Hertfordshire club, including a stunning late winner to take them to the 2013 play-off final after a pulsating tie against Leicester City, and Watford are likely to fight tooth and nail to keep Deeney at Vicarage Road as they look for promotion back to the Premier League.

Pulis’ move for Deeney is likely to add fuel to the fire of speculation linking forward Saido Berahino with a move away from The Hawthorns in the January transfer window, with Liverpool and Tottenham Hotspur both believed to be interested, with Pulis having indicated that the club would listen to offers in previous interviews.

Swansea, meanwhile, are set to make a move for Deeney as well, with Garry Monk’s side looking likely to have to look for a replacement for top scorer Wilfried Bony, as the Ivorian edges closer to a big money move to Manchester City.