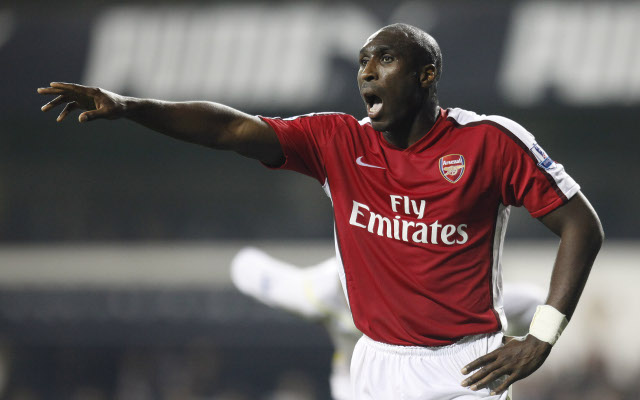 Defender another in a long line of former players rejected an Arsenal return.

Sol Campbell has slammed his former side Arsenal for failing to help him work towards his coaching badges after contacting the club for support.

The former Gunners centre back – who won two Premier League titles with the side – said his request to return to North London had fallen on deaf ears and compared his situation to the rejection of Patrick Vieira soon after he retired.

Vieira has since become a key part of the Manchester City hierarchy and Campbell says he too may have to contact other former clubs if he wants help developing into a qualified coach.

“I’m talking about going to Arsenal once or twice a week for a couple of hours just to learn a bit about a coaching role – that’s all – but I’ve heard nothing.

“It’s a shame. Look at the way they failed to utilise people like Patrick Vieira in the past. I’m disappointed but you just have to get on with it. I would have loved to do my badges at Arsenal but it looks like I’ll have to go to another club to do them. Maybe I should get myself down to Portsmouth and do them there.”

The club responded to Campbell’s claims saying they would be willing to help him gain his qualifications at the appropriate time.

“We are more than happy to help Sol in gaining his qualifications and will provide him with coaching time when we can organise convenient dates,” a spokesman said.