Krystian Bielik may prefer a move to Arsenal, but is currently in Germany being courted by Hamburg…

Arsenal could miss out on January target Krystian Bielik, with the Polish midfielder in talks with Bundesliga side Hamburg, according to Polish publication Fakt.

The 17-year-old looked set to join the Gunners, but an initial bid by the North London side has allegedly been turned down.

Bielik admitted he was a huge Arsenal fan, and that a move to the club would be a dream come true for him. It appears he is not putting all his eggs in one basket however, and flew to Germany to receive a tour of the Hamburg facilities. 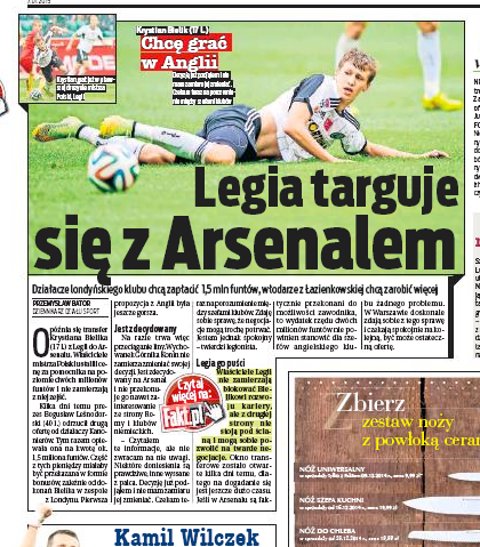 The Legia Warsaw youngster is apparently a top target for the German side, and are allegedly prepared to meet the Polish club’s valuation.

Arsenal will still have a chance to make a renewed bid for the tough tackling midfielder however, and if Bielik has a choice it seems he would certainly prefer to make the switch to the Premier League.