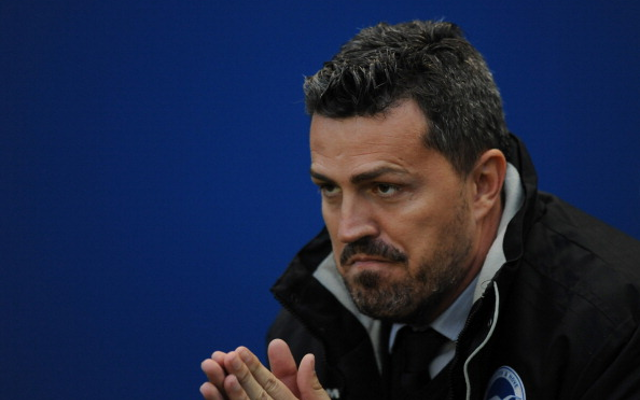 Barcelona could make the surprise move to appoint former Brighton and Hove Albion manager Oscar Garcia as their replacement for the struggling Luis Enrique, according to the Daily Mail.

The Catalan giants are facing uncertain times at the moment, with Enrique struggling to impress at the Nou Camp since joining from Celta Vigo in the summer to replace Gerardo Martino.

Enrique is already Barca’s third manager since Pep Guardiola left the club in 2012, but the club have found it hard to replace the influential Spaniard as they now consider making yet another change.

Garcia has previously managed their Under-19 side, and is highly rated in the game despite not yet taking on such a big job, working instead in the Championship with Brighton and Watford, as well as two spells with Israeli side Maccabi Tel Aviv.

The 41-year-old played for Barcelona during his playing career, coming through their youth system and being a first-teamer for six years between 1993 and 1999.