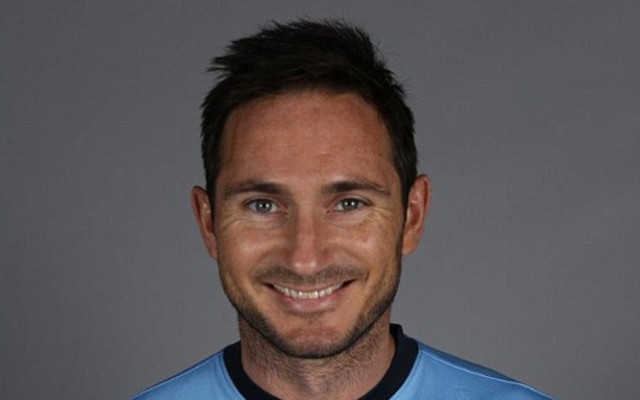 Manchester City midfielder Frank Lampard has given an exclusive interview of great length to the Times to clear up some recent controversy surrounding his summer move to the Etihad Stadium.

The 36-year-old, who left Chelsea after a long and great career at Stamford Bridge, appeared to have been signed by MLS side New York City before linking up with Manuel Pellegrini’s side on loan for the first half of the season.

However, with Lampard now set to extend his stay in Manchester, reports have emerged suggesting that the former England international never actually signed an agreement with New York in the first place, and that this has all been an elaborate ploy to see him make the move to Man City.

Lampard strongly denies this, and has attempted to clear things up by explaining the nature of his exit from Chelsea and how he ended up as a City player for this season.

“They didn’t extend my contract,” he said. “Jose (Mourinho) himself told me that at the end of the season, which is the way I would have wanted it because he was such a pivotal character in my Chelsea career. He moved me on a long, long way as a player.

“I thought, ‘I need to get my head straight about what I want to do’. Meetings started to happen on the New York front and it very quickly became the stand-out option. I had options in the Premier League — only talked-about options — none of which I fancied, if I’m honest. I didn’t want to play for another Premier League club after Chelsea. I really didn’t. Around the world, further afield, there were big-money offers, but they didn’t appeal for family or football reasons. Not being big-headed, but I’ve worked hard in my career, a very fortunate career, and I don’t need to make a move for financial reasons.

“New York ticked every box — an incredible city, a challenge, a new club, sold to me in a fantastic way by Ferran [Soriano], Jason, Claudio. MLS had always interested me when I had thought about what I might do if I left Chelsea. Once that decision had been made for me, and I didn’t have to fight it, I had no problem with leaving. New York was a really exciting challenge.”

Asked out-right who he signed for, Lampard said: “New York. It was 100 per cent New York. I had sat down with Ferran and it was all about New York. There was no mention of Man City. If they had wanted to speak to me on behalf of Man City, with New York in the pipeline beyond that, they could have done that, because I was a free agent, but that was never the question at all.

“This is one of the reasons why I wanted to do this interview, because I’ve heard and seen people say it must have been all contrived that I would join Man City. It wasn’t. It was 100 per cent New York. But while all this discussion was going on about the next five or six months, Man City were in town for a pre-season game. I spoke with Manuel Pellegrini and he said he wanted me to come for the first half of the season — simple as that.

“I didn’t want to play for another English club. I wasn’t sure I would enjoy it. Then, having spoken to my dad, I thought about the family and the fact that Man City wanted me, at 36, to come and be involved. It made complete sense on that front. I spoke to Claudio and Jason, who were great about it. It was a matter of me keeping fit at a really good level.”