Liverpool’s players clearly worked up quite a thirst during their 1-0 win over Sunderland at the Stadium of Light on Saturday afternoon.

After celebrating their success with a mass team selfie in the changing rooms, Brendan Rodgers’ men boarded the team bus, where they cracked open a box of lager.

Although professional athletes consuming alcohol is rarely considered a good idea, surely 24 bottles between the entire squad won’t create too much mayhem? 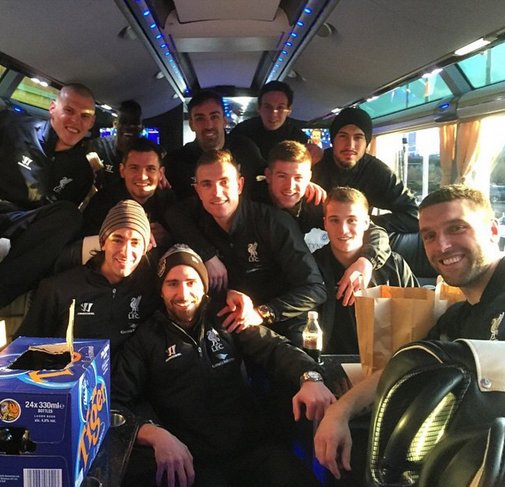