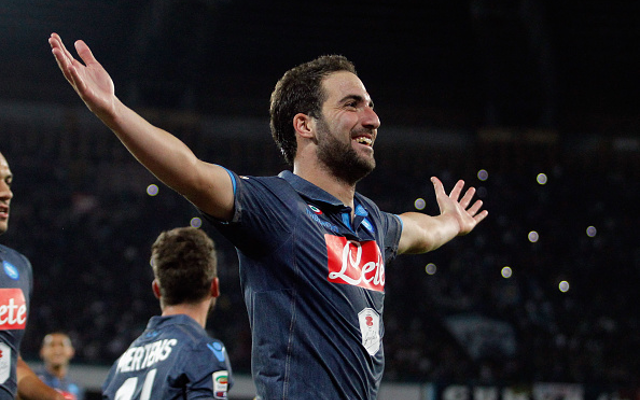 Liverpool could be set to get their chance to sign Napoli star Gonzalo Higuain six-months earlier than expected after the Italian giants wrapped up a deal to sign a replacement this week, the Daily Express reports.

The Reds know a £30million bid will trigger Higuain’s release clause and initially wanted to land the star next summer, but now look set secure the deal before the end of January.

However, his exit could be facilitated by the £11m arrival of Sampdoria striker Manolo Gabbiadini, who wrapped up his move to the San Paolo this week.

And with the club under pressure to comply with Financial Fair Play regulations they may need to offload a big earner in order to make room for their new arrival.

Higauin had been tipped to make the move away from southern Italy in the summer, but these new developments could push him out the door much sooner.

“Can Higuain and Zapata play together? Yes, it’s a possibility and we did that a few times during games, but it can be an option when starting too,” Benitez said last month.