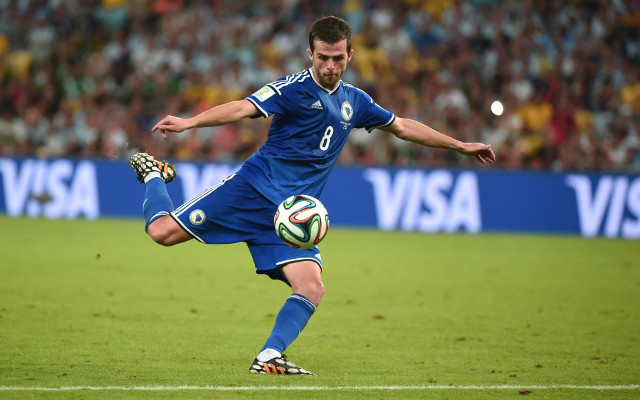 Bayern Munich could rival Liverpool for the signing of AS Roma playmaker Miralem Pjanic next summer, according to the Daily Mirror.

The Bavarian giants are also big fans of the classy Bosnian international, who has been one of Serie A’s finest midfield players in recent years and recently came onto Liverpool’s radar as a possible contender to replace departing club captain Steven Gerrard next season.

Reds boss Brendan Rodgers will have a tough task on his hands as he seeks to bring in a quality new midfielder to replace the immense influence and quality of Gerrard, who is set to seal a move to LA Galaxy when his contract at Anfield expires.

Pjanic could be a good signing to come in in that postion, but his fine form has also seen him linked with Bayern, with manager Pep Guardiola keen to add to his already extensive list of world class midfielders at the Allianz Arena.

With Liverpool struggling in their bid to make the Champions League for next season, it may be that the 24-year-old playmaker would favour a switch to the Bundesliga champions instead.