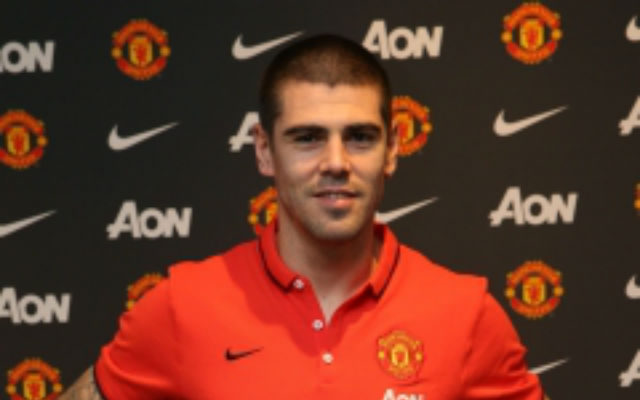 Manchester United boss Louis Van Gaal has said that he doesn’t expect new signing Victor Valdes to be happy with being the club’s second choice goalkeeper behind David de Gea, the BBC reports.

The 32-year-old joined the former Premier League champions this week on an 18-month deal after training with the club since October.

And Van Gaal, who coached the Spanish international during their time together at Barcelona, says he knows the player will pouch hard to become their first choice stopper.

“Nobody is happy to be number two and Victor has to have ambition to beat David De Gea – but it shall be very hard for him,” said Van Gaal.

De Gea’s future is currently unclear as he has just 18-months left on his own deal. United are reportedly keen to secure him to a longer, improved contract, but with Real Madrid still hunting for a replacement for Iker Casillas question marks are remaining over where he will be come the end of the month.

When asked if he thought De Gea would stay, Van Gaal said: “I think so, yes. There is no problem for him to sign.”

The Dutchman also does not see an issue with having two full Spain internationals in his squad fighting for one position.

“My ambition is that I have the best players who can collaborate with each other to form the best team in the world.

“When we invited Victor in to have his rehabilitation at Manchester United, we did it for him and ourselves, so I could see if his quality is also still the same. He has confirmed both.”