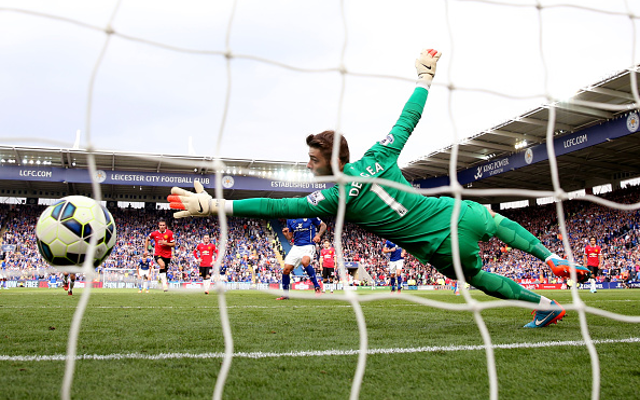 Manchester United could be ready to offer David de Gea a bumper new contract with wages of £140,000 per week to persuade the Spanish goalkeeper to reject Real Madrid, according to the Daily Star.

The 24-year-old is currently being linked as a top target for the European champions, who are searching for a long-term replacement for Iker Casillas as their number one between the sticks.

Casillas has shown some signs of decline in recent years, while de Gea has shone as one of the finest goalkeepers in the Premier League and perhaps the world in recent times.

De Gea currently has a year and a half remaining on his deal at Old Trafford, but will be offered the chance to double his wages if he snubs interest from Madrid.

The in-form shot-stopper first joined United from Atletico Madrid in 2011, and has improved tremendously in the last couple of years after something of a slow start at Old Trafford.