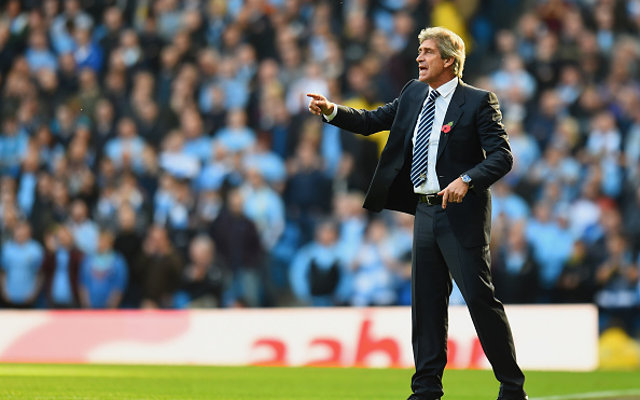 Manchester City manager Manuel Pellegrini has indicated that he is desperate for his club’s bid for Swansea City centre forward Wilfried Bony to be pushed through, report the Express, because the Chilean feels that injuries to his side’s forward line are hampering the Premier League champions’ hopes of retaining their title.

City had four senior strikers to choose from during their title winning campaign of 2013/14, which is widely regarded to be a significant factor in their ability to lift the Premier League crown, but Pellegrini has had to contend with the late summer sale of homesick Alvaro Negredo, as well as injuries to all three of his remaining options – Sergio Aguero, Edin Dzeko and Stevan Jovetic.

It is a situation that the Etihad Stadium club are looking to remedy with the £30 million signing of prolific Swansea City and Ivory Coast Bony, who was the Premier League’s leading goalscoring during the calendar year of 2014.

Pellegrini was asked about the club’s attempts to bring a striker to the club ahead of this weekend’s Premier League action – and the Chilean indicated that injuries, plus his desire for the side to have four senior strikers to choose from, had pushed him into the market for another man to help share the line leading burden:

“Yes, of course, the injuries [to the other strikers] were part of the decision because we had too many of them.”

“It’s normal that strikers are injured more than other players, especially here in England where it’s more physical football and you need strong players.”

“That’s why I said last season, and also again this season, we need four strikers.”