According to Germain tabloid Bild there is a new kind of pitch invasion; the ‘selfie attack’.

And Bayern Munich coach Pep Guardiola was the victim of one such attack whilst his side were practicing in Doha during a winter training camp for the side after the festive break in the Bundesliga. 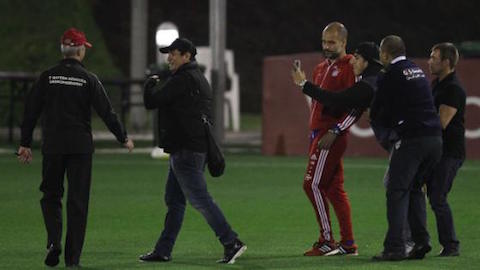 During Saturday’s session, a fan managed to jump over the pitch side fencing and run onto the field towards Guardiola.

The paper says the Bayern boss was lucky it was just a local, looking to get a selfie with the former Barcelona coach rather than, thankfully, anything more dangerous.

Guardiola didn’t look best pleased by the incident, however, and questions will surely be asked of the team’s security. 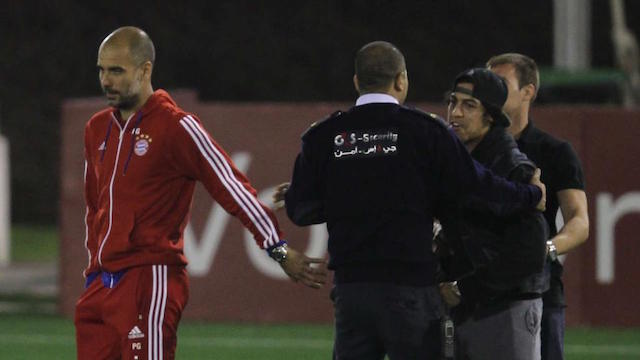 Bild reports that the team were getting increasingly concerned with the number of fans at their Doha training sessions with over 400 reported for some demanding photos and autographs.

A decision will now be taken as whether to conduct the rest of the German side’s winter camp behind closed doors.