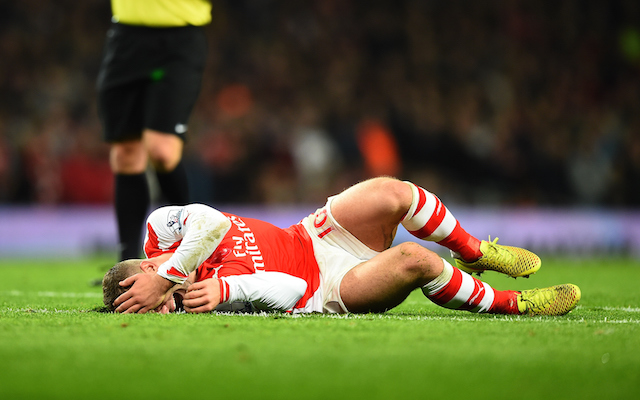 It’s beyond a joke now the number of injuries this Arsenal squad has suffered this season.

Despite already being out for three months following an injury against Man City in October, the Gunners right back Mathieu Debuchy looks set for another lengthy spell in the treatment room after being pushed off the ball in the air by Stoke midfielder Marko Arnautovic and dislocating his shoulder after a heavy landing.