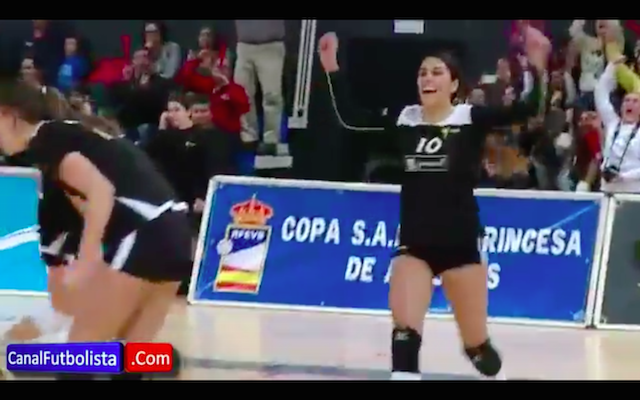 22 year old Daniela began training with Real’s team back in October after her month joined Los Blancos in the summer but didn’t make her first appearance until recently.

As with her husband in the men’s football first XI, Daniela wore the number ten shirt for the volleyball side.

See footage of her professional debut above.